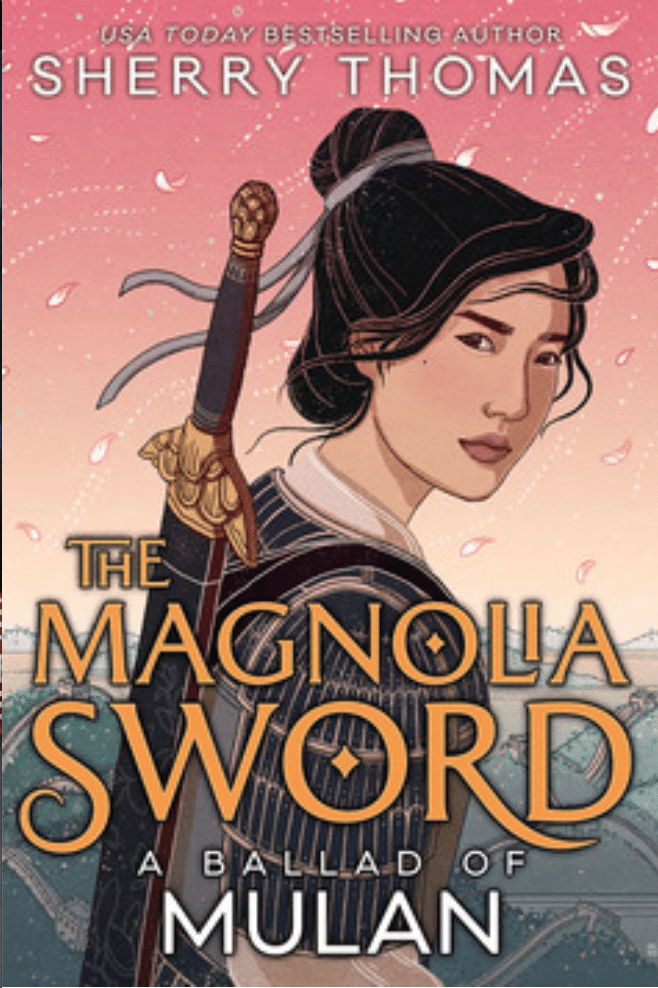 The Magnolia Sword: A Ballad of Mulan

A Warrior in Disguise

All her life, Mulan has trained for one purpose: to win the duel that every generation in her family must fight. If she prevails, she can reunite a pair of priceless heirloom swords separated decades earlier, and avenge her father, who was paralyzed in his own duel.

Then a messenger from the Emperor arrives, demanding that all families send one soldier to fight the Rouran invaders in the north. Mulan’s father cannot go. Her brother is just a child. So she ties up her hair, takes up her sword, and joins the army as a man.

A War for a Dynasty

Thanks to her martial arts skills, Mulan is chosen for an elite team under the command of the princeling—the royal duke’s son, who is also the handsomest man she’s ever seen. But the princeling has secrets of his own, which explode into Mulan’s life and shake up everything she knows. As they cross the Great Wall to face the enemy beyond, Mulan and the princeling must find a way to unwind their past, unmask a traitor, and uncover the plans for the Rouran invasion . . . before it’s too late.

More Hun than Han: Reading the Tabghach “Ballad of Mulan” in 2020 by James Millward