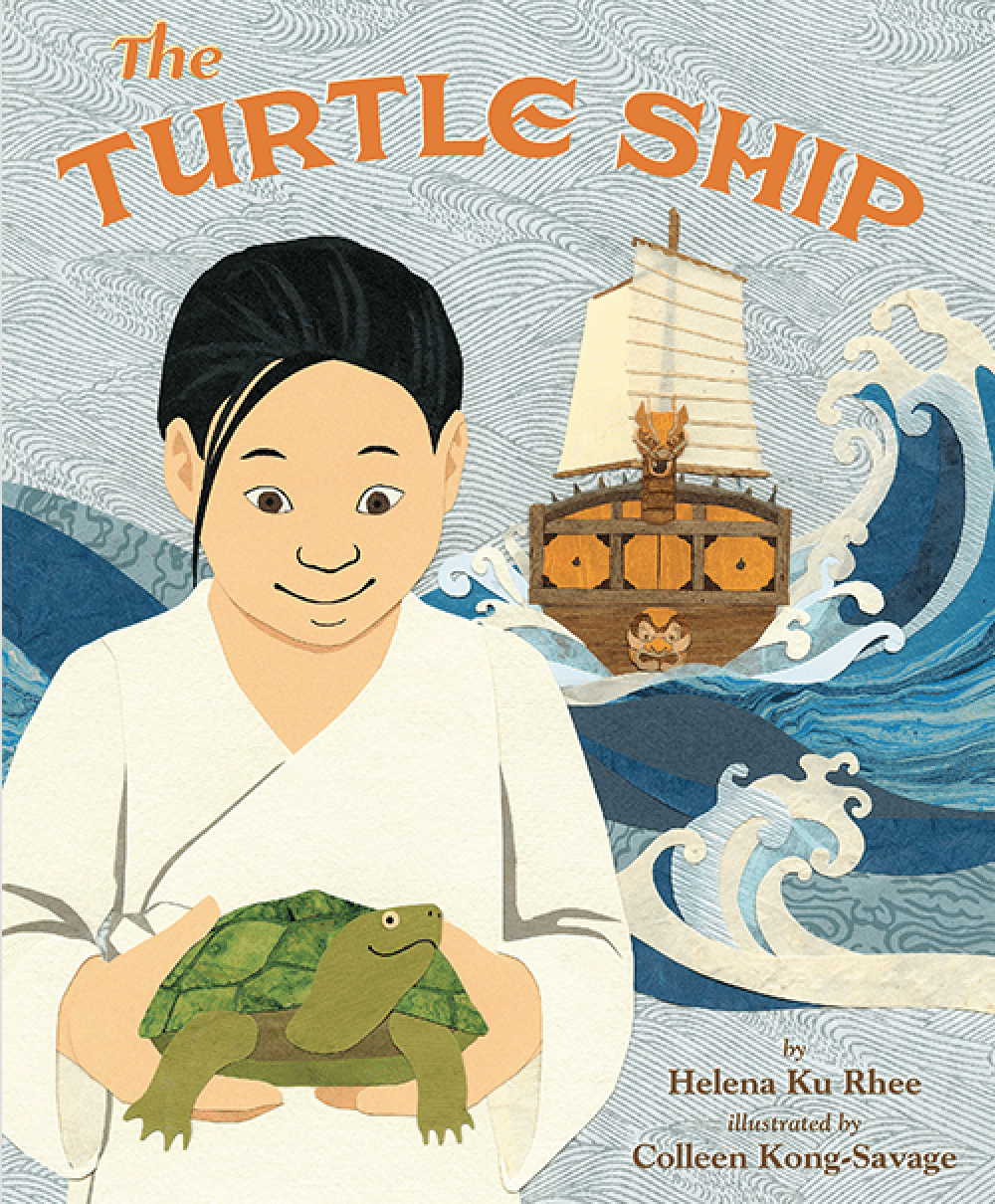 Loosely based on the true story of Admiral Yi Sun-sin and his Turtle Ship, this delightful tale introduces young readers to a fascinating episode in Korean history and naval engineering.

Long ago in Korea, a young boy named Sun-sin spent his days playing with his pet turtle Gobugi and dreaming of sailing around the world. As a poor villager, though, his dream to travel seemed impossible. Then one day, the king’s court announced a contest to find the best design for a new battleship to defend the land from invaders. The winner would sail the ocean with the royal navy.

Determined to win, Sun-sin attempts to build an indestructible battleship with a few found items. Each attempt fails miserably against the powerful sea, and with it Sun-sin’s dream also sinks to the bottom. Turning to Gobugi for comfort, Sun-sin notices how his pet turtle is small but mighty, slow but steady, and impossible to sink. Suddenly, Sun-sin has a great idea.