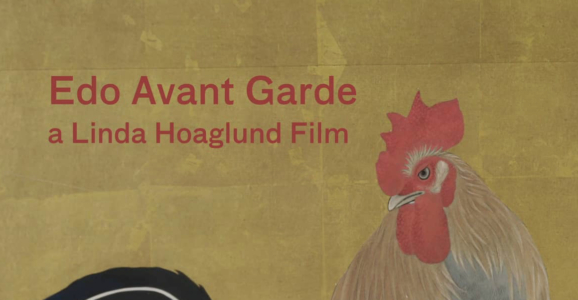 Behind the Screens: Exploring the Artistic Environments of Edo Japan

Join the Pitt NCTA and SCREENSHOT:ASIA in bringing the artistic milieu of Edo Period Japan into your classroom with Edo Avant Garde, Linda Hoaglund's new documentary film on creativity in Japanese painting. In this film screening and workshop, NCTA master teachers will share their lesson ideas with you on how to take a single resource like the Edo Avant Garde documentary and use it in a multiplicity of ways in the classroom. Presenters Angie Stokes and Kachina Leigh will challenge participants to think about how to draw on this resource for ways to teach about history, culture, biodiversity, religion, and art. In advance of the workshop on January 23rd, participants are expected to attend the screening of the film on January 21 (which will include an introduction and Q&A with the film's director Linda Hoaglund). All those who participate in both the screening and the workshop will be sent a DVD of the film.