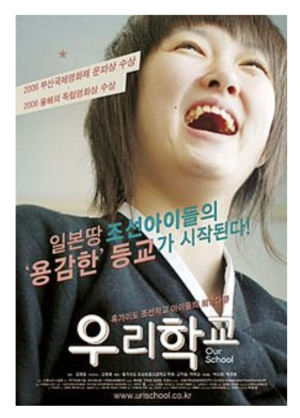 This workshop examines the Korean minority in Japan (commonly known as Zainichi) through a close reading and discussion of the revelatory documentary film Our School (Uri hakkyo) from 2007. The film follows the lives of students and teachers at one of the North Korean affiliated “ethnic schools” (minzoku gakko) established in Japan for the Zainichi Korean community that remain active today. Through a discussion of Our School this workshop will consider the ways in which Zainichi Korean identity has evolved since the end of colonization and the conclusion of the Cold War. How do members of the young generation conceive of their Korean identity and their relationship to Japanese society compared to previous generations? What does it say about the nature of the Korean diaspora and the position of Zainichi and other minority groups in contemporary Japan? What similarities or differences can be seen in the approach to cultural education with that of schools in the US?Participants will be sent a link to freely stream the movie, and will be required to watch it before the start of the program. No prior knowledge of the subject is necessary to attend the program.

Program Leader: Nate Heneghan is an independent scholar who has taught Japanese literature and culture at Oberlin College, Wesleyan University, and other institutions. His work focuses on literary and cinematic representation of the Korean minority in Japan (Zainichi) from post-War to present. He is currently at work on a manuscript devoted to this subject, tentatively titled, “Under Erasure: Tracing Zainichi Korean Identity in Postcolonial Literature and Visual Media.”