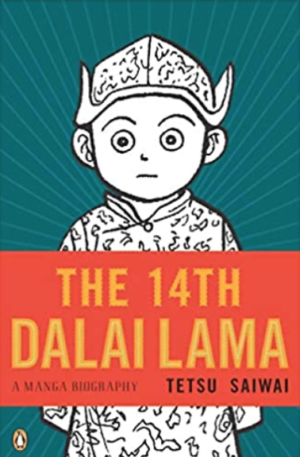 The 14th Dalai Lama: A Manga Biography. Written and illustrated by Tetsu Saiwai.

At the age of two, Tenzin Gyatso, child of a peasant family in northeastern Tibet, was recognized as the reincarnation of his predecessor, the Thirteenth Dalai Lama-the manifestation of the Buddha of Compassion. Just fourteen years later, this young man assumed full political power over his nation upon the invasion of Chinese forces.